Our Tour guides are waiting for YOU! 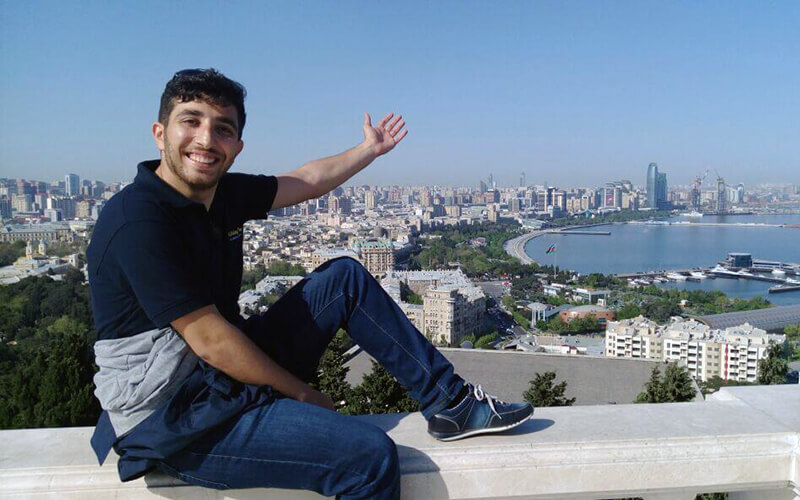 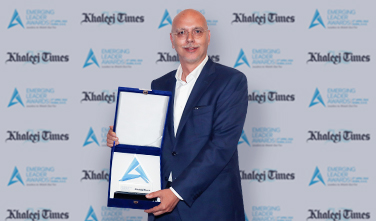 We recently had our trip to Baku with Holiday Factory and yes! we definitely recommend them! The holiday representative Taleh did a very very good job in organizing all our trips! Same as our driver/tour guide Khayal, very accommodating and generous throughout our short staycation in Baku! We really had the most ofBaku because of them! Kudos to this gentlemen! Thanks a lot Holiday Factory for this wonderful and memorable experience! More trips to come!

In one word if I can describe this, exemplary and comfortable tours... Their exemplary working attitude , makes arrangements for you at your comfort. No hassles, no cheats, nothing... Just leave it to them and they'll do the needful. And trust me, you'll be more than satisfied by their hard work they had put to make your trip as one of the most memorable to you for all times. They'll take care about your experience, your travels, your food, your stay. Their staff will always be assisting and always caring for your needs. I will always recommend it to all my family and friends

No time wasting, every minute in Baku is enjoyable

I also do DIY on my travels and it's the first time i booked on holiday factory and it was a great experienced! You will only wake up early and go to the call time of the tourist guide and they will do the rest for us.. No time wasting every minute is enjoyable with the lovely and kind tourist guides. They are always available and one call away in our every questions and inquiries.. I will definitely recommend holiday factory to my friends! Cheers and see you on my next travels!! 😊

Its is one best tour company i would like to say. Always happening deals which attracts me to visit so many places as i wish. There were loads of positive reviews for travelers. Unfortunately, I tried for various times to plan a trip but it was my bad that dates were not suitable for me. I found the service and response of this travel agency to be excellent. Easily 5-stars. My emails were promptly responded to, and everyone showed up when they were supposed to. The excellent deals for my family seemed like very good value.

Knowledgeable and supportive representatives who go that extra mile

Have been twice with Holiday Factory to Georgia and Baku. Excellent arrangements, service, friendly representatives, very accommodating and going that extra mile. Knowledgeable and supportive guides. Call centre representatives very helpful and assisting in nature.All in All an excellent experience. Would and do recommend friends and family to use Holiday Factory. Last but not the least, very economical and affordable holiday packages.

Our family had an amazing vacation to Baku through Holiday Factory. Right from the time of booking in Dubai until the vacation got over , every staff involved was very friendly, informative, courteous , cheerful . The communication by phone and mail was very clear and explained well . The packages on holiday factory and the flash deals are super affordable and very well planned. We had a lovely flight as per our preferred dates , wonderful hotel stay and a amazing tour guide where we had a option to kind of tailor make our tours as per our convenience . I would definitely recommend holiday factory to everyone and I myself would love to go on a holiday soon again with holiday factory ! Hassle free , relaxed , secured, fun ...thats the sum up of a vacation with holiday factory .Keep up the great work!

Great drivers and vehicles. Variety of activities in Baku

I was very happy with the guides who were very helpful, interesting, friendly and knowledgeable. George, Mariami, Magda specially Nini ( Georgia Team) Jamil and Taleh ( Azerbaijan Team ) you guys are great assets to the company. Well done! Thank you so much for looking after me and giving me such a nice time. The drivers and vehicles were all great too. Also very happy with the variety of activities and choice of sights and restaurants. All of the food was good, just sometimes too much of it! Favourite places I ate were the dinner in Alani resto in Georgia and lunch in 50 qepik restorani in Baku. It was amazing! Thanks again for helping to have a memorable holiday, you have an amazing country. I hope to be back one day.

This is my first time to use Holiday Factory and I am very happy with the service. I would definitely contact them again for future travels. I even recommended them to my friends to be their travel partner. I would like to mention few names who made made our travel memorable. First to Reeno who assisted us by choosing the best offer that suit our budget. She is very polite over our conversation. Second to Taleh and his team in Baku, he was able to customised our iteneraries the way we want it. He moved mountains just to make our stay memorable. To Khayal who drove us to the mountains just to see the snow and to Jamil the most happy and approchable tour guide. Aside from the beautiful sceneries in Baku you guys made our holiday memorable! Keep it up!

You need to experience a holiday with Holiday Factory to actually see how much of an effort they put to make your holiday completely hassle free. Right from the timely booking confirmations on email, along with prompt replies to every query raised, extremely punctual pick ups and drop offs and always available for any assistance, they were on top of their game. The hotel accomodation provided was very good and were as described on their website. To be true I was caught by surprise by their coordination's and returned back to Dubai after my Georgia & Baku trip completely satisfied.

Baku is the capital and the largest city of the Republic of Azerbaijan. It is a place unlike anywhere else on earth, offering a fascinating Soviet legacy. The old city of Baku is over a thousand years old and is a UNESCO-Listed Historic Center. The magnificent city lies on the Caspian Coast and just a stroll along its elegant seafront promenade is an experience in itself. Additionally, there are plenty of museums to explore and a variety of parks located in various parts of the city. Any Baku tour package that fits your schedule and budget will be worth every penny spent.

Things to do in Baku

The options for activities in your Baku holiday package are many. Be it sightseeing around landmarks, outdoor activities, shopping, fun and games, food and drink, nightlife, concerts and shows, boat tours and water sports, Baku has it all. You could try hiking, camping, eco tours, adrenaline pumping extreme sports, horseback riding, rock climbing, fishing, aerial adventures like parasailing and paragliding etc., while you are on your treasured Baku vacation package. Additionally, there are zoos, equestrian trails, golf courses, sports camps, boat hiring, off-road tours and much more activities waiting to make your holidays memorable. Some of the other activities popular among international tourists are;

Baku also has many specialty museums like miniature books, the Nizami museum of literature, house museum of Nobel Brothers, open air museum etc. All these attractions are enough to keep you busy and amused during your Baku vacation package. If you prefer, you may simply go for a free walking tour through the Old City, which in itself would be a once-in-a-lifetime experience. And all major international hotel chains have their footprint in Baku, being the capital city of Azerbaijan.

Places to visit in Baku

No Baku travel package will be complete without visiting some of these must-see tourist attractions.

Food is an important part of Azerbaijani culture and Azerbaijani cuisine is known for its richness, thanks to the highly fertile climate of the country. Full of different types of greens and vegetables, Azerbaijan's best known delicacies are well sought after in most other parts of the world. A good share of the national dishes are made of lamb, beef and poultry. The numerous fish species found in abundance in the many rivers, lakes and the sea also contribute to Azerbaijani cuisine. The Black caviar from the Caspian Sea is also one of Azerbaijan's world-famous delicacies. Another Azerbaijani dish reputed around the world is the “plov”, made from saffron-covered rice accompanied by various herbs and greens. The wide variety of kebabs are also quite famous.

The traditionally used condiments in Azerbaijani cuisine are saffron, black pepper and sumac and are usually cooked in copper cookware. The national beverage is black tea, normally served after eating food. Azerbaijani cuisine also boasts of a generous selection of light snacks, some of which are goy, chorek, choban and qatik. The national soup of Azerbaijan, called “Piti” is also a must try while you are at your Baku tours. This is essentially a mutton soup cooked with vegetables.